My Multi-Display Setup in Linux 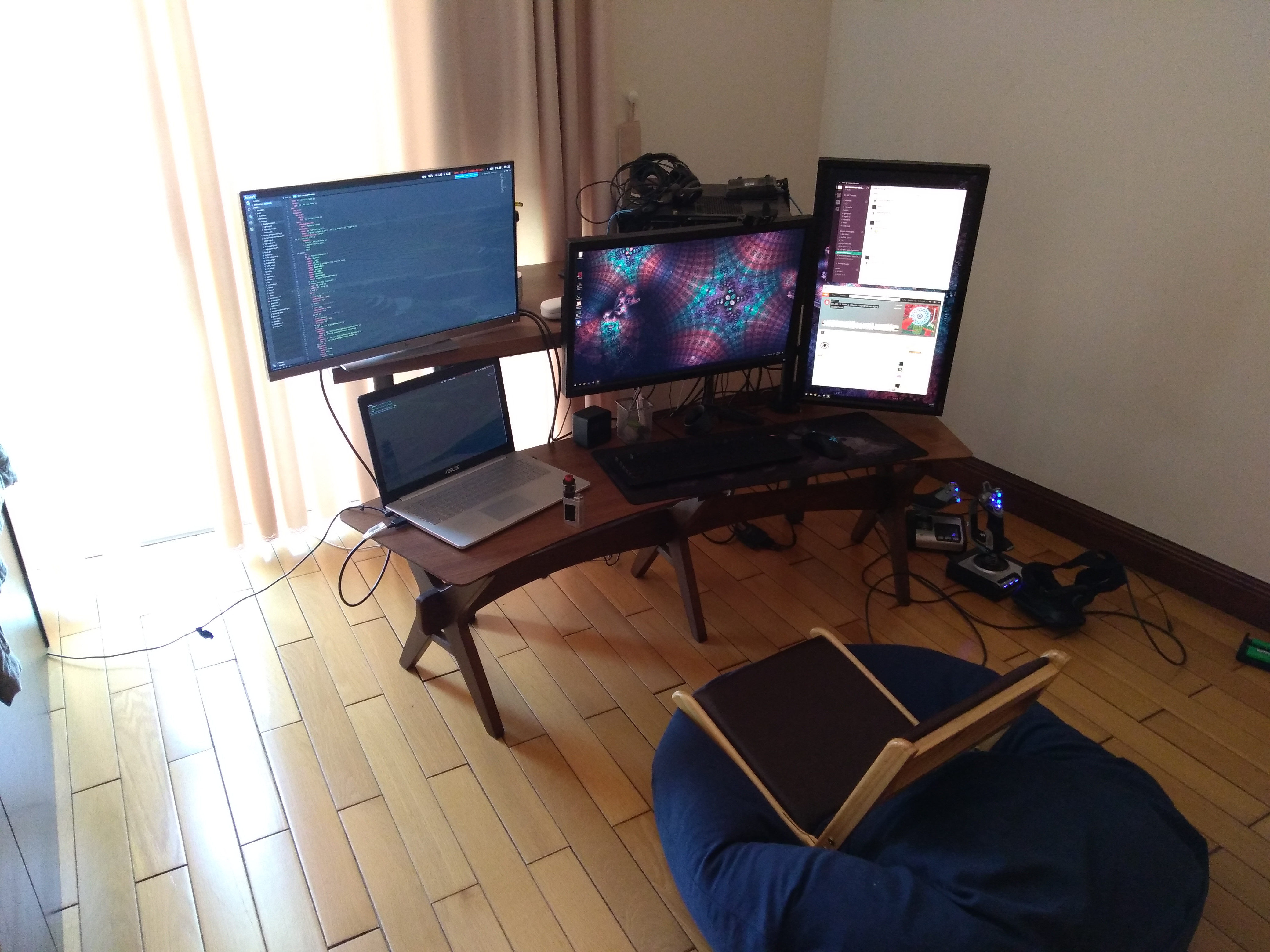 So, for years I've always wanted to just have more screens all the time. I don't think I'm alone in those primal coder instincts.. more pixels is just more information bandwidth right?! Short of wearing a vr headset I need as many as possible!

But it's always a pain in the ass on my computer!?

I know. I've spent days mucking around with xrandr configs, tried at least 10 different window managers for various versions of arch linux floating around... and I've settled on the following.

i3 manjaro is freaking amazing. Just drag your screens around with arandr, and the tiling window management of i3 will have your windows flying to whichever desktop you want them on. You also get per-screen workspaces which is important. A lot of wms get things wrong.

awesomewm is also amazing. I can't remember why I changed to i3.. but I think it was because the configuration file was simpler.

Get big high res screens (and glasses too!)

When you get high-res screens, I find it's better to get larger sizes too. Having more pixels, but text too small to read is pretty pointless. So my recommendation is 4k for over 28in. for 27 or 28 inch screens go QHD (2560x1440).

So I currently have 2 4k screens that are 27 inches, and a QHD screen that's also 27 inches. But I'm wishing I had 2 32" 4k screens instead.. because then you really are getting the most space possible. Also getting screens like IPS that have low reflection, and good color from the side is also great. Keep one for gaming, and go for nice colors / viewing angles on the others. If you're gonna be coding a bunch here, might as well. :p